Leave your ideas for mutations/dlc’s here!

Maybe a special agent dlc where I can , uncover mysteries
Alone and with friends 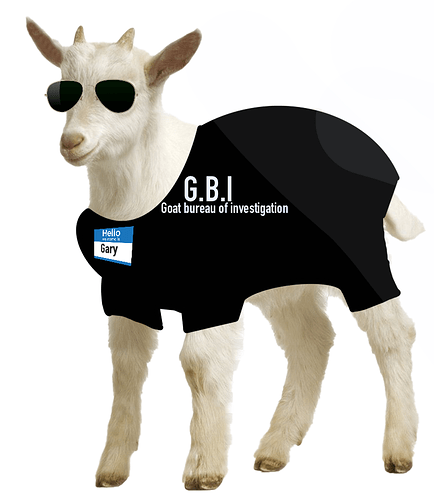 A Pig Goat Named Bacon Goat and pressing the pow button would make it spawn bacon.

Maybe have the option to play as other farm animals (chickens, turkeys, ducks, geese, sheep, cows)

DLC-collab with Maneater, which adds Sharky-goat, which can swim well and eat people with blood option

I would like to have a goat that can teleport

OH!!! I know! How about a mutation that’s called “Minegoat” that gives you the power to alter the map, like you make holes and make things higher/bigger and that Minegoat can also spawn in random pixilated humans, goats, sharks… etc.

there is already a pig goat

Maybe a goat similar to the one in that certain part of the waste of space trailer, the one which could shoot lasers which they showed during the test chambers part. It would be pretty cool to just walk around and shoot lasers at people, but I think there was some part in some gameplay video where there already existed a which could do that.