I just picked up Goat Simulator 3 Goat-In-A-Box for PC at EB Games in Australia but the box says Download Version and that it has a digital soundtrack when the advertisements and store page show the DVD logo on the box and a physical audio CD for the soundtrack. Does the box still have the DVD and CD or was this false advertising? I haven’t opened the box, in case it is the wrong version. I might add that this was the only pc version available to order on EB Games’ website. Any help would be appreciated! Thanks.

Here are the photos from the store pages and photos of what I just received at the store. 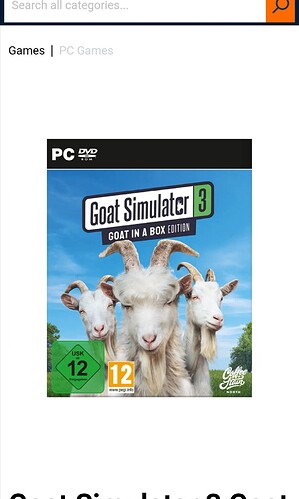 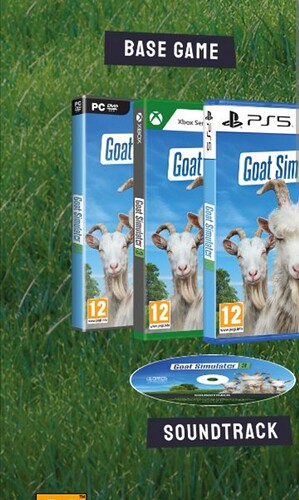 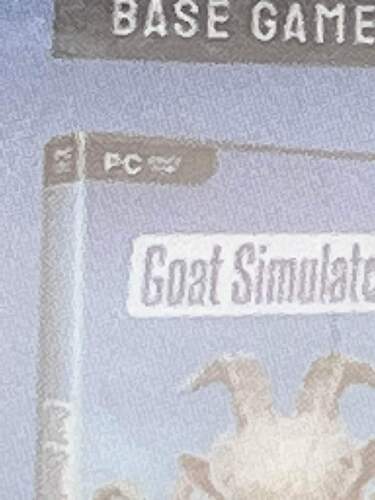 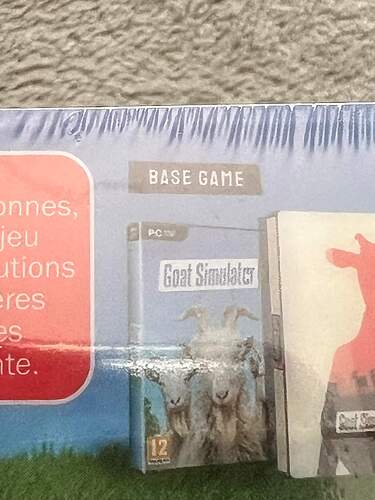 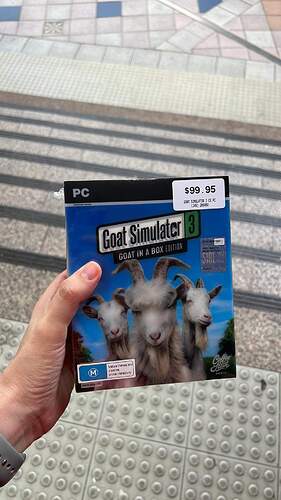 Even the pictures on the back of the box show the DVD logo.

Pc DVD appears to be missing.

I think you need the epic code, try returning them buying it from store.epicgames.com

I need it to be on DVD as it is shown on all of the store pages for the physical PC collector’s edition (Goat-In-A-Box Edition). I’m just worried about opening it and there’s no DVD because the actual box does not indicate that there is a DVD inside. I don’t want a digital version or the Epic Games Store launcher, otherwise I would have just bought it online. I’m okay with it running through epic but I’d want the main game to come from disc.

I’m confused, did you already buy it and there was no dvd or you didn’t buy it yet

I’ve already bought it and I need to know if I have to go back to the store to get the physical disc version for PC in case I have gotten the digital only version. I haven’t opened it because I am worried about not being able to return it if it’s the wrong one. I’m specifically asking for official confirmation from a mod or dev that the DVD and CD are still inside the version that I got.

Also, I bought this version under the understanding that it would have at least one DVD-ROM and audio CD included, going off of the official site pictures and store pages showing the DVD logo and picture of a physical CD. I’m hoping to get what was promised.

if you got it at a physical store and not online, go and ask them if it will be inside and ask if you can return it if it isnt

I have opened the box and there is no DVD-ROM. The store page lied about the contents. I would like to get what was promised, please.

If you’re not happy with it, return it at your store. It’s expected and quite normal that you only get activation codes nowadays, even when buying a „DVD/CD case“. Happens a lot with special editions as well, they come with the cover, but no CD included.

Locking as we cant really do anything for ya.

(we as in users, Im not speaking for Coffee Stain)