Hey, I bought the goat in a box edition and downloaded the soundtrack but found that there’s no song that is played when just playing in san angora. There’s the main menu song and stuff but no actual in games song

The goat in the box edition comes with a downloadable version of the OST, are you talking about that or your in game music?

So you scanned the QR code in the games settings and downloaded the folders correct? 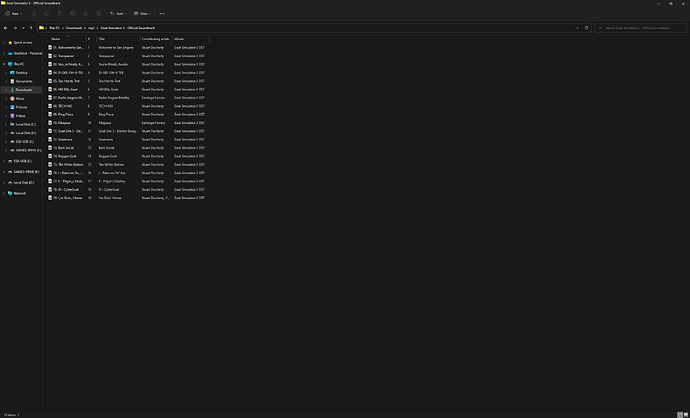 What exactly do you mean by this? The downloadable OST and the music that plays in game are separate files.

I’m asking if I’m missing files or something

No that’s all the songs in the OST, I’m pretty sure it has the fairmedows ranch music but maybe not